The Body of Christ: His Dwelling Place 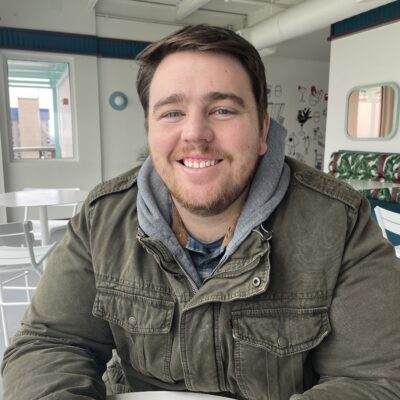 Consequently, you are no longer foreigners and strangers, but fellow citizens with God’s people and also members of his household, built on the foundation of the apostles and prophets, with Christ Jesus himself as the chief cornerstone. In him the whole building is joined together and rises to become a holy temple in the Lord. And in him you too are being built together to become a dwelling in which God lives by his Spirit.

This short statement has added a great amount of depth to my faith in the last couple years. It not only reminds me of who I am as a part of God’s story, but how the broader Church is involved in His plan of renewal.

If we follow the concept of God’s presence throughout the story of scripture, we realize how unique it is to be a part of what God is doing in the present day. In Eden God was present, walking alongside His image bearers. Communicating with them face to face and developing relationships with his creation. When sin was chosen that relationship was fractured. Distance was introduced between God and His people. It remained this way until the exodus from Egypt. God chose the Israelites and brought them out of Egypt. While in the wilderness God gave them instruction to build the Tabernacle (God’s dwelling place). In order for God to dwell amongst these people, meticulous cleansing rituals that included blood needed to take place. The people followed these instructions and God’s presence was again among His people. It was this way until David planned for his son to build the first Temple. Which was a grand upscaled version of the Tabernacle that again needed to be cleansed with blood. The people of Jerusalem had a visceral way to interact with their protector as His presence dwelt in the Holy of Holies. Although they were forewarned by some prophets among them to correct their nations ways, the Temple was destroyed and the nation was exiled into oppression. The Temple was eventually rebuilt, but things still seemed uneasy as to Jerusalem’s relationship with Yahweh.

Then comes Jesus. As John puts it in his gospel: “The Word became flesh and made his dwelling [tabernacled] among us.” Jesus was God in the flesh, walking again among His people. Living and renewing a lost humanity. Developing deep relationships and eventually dying for his friends (John 15:13). As if this isn’t powerful enough, God then took this one step further, and the death of Christ put it into action. In the same way the blood cleansed God’s dwelling place in the Tabernacle, the blood of Christ now cleansed us in order that His Spirit could dwell as one with ours. God is now completely one with His people. As Paul said in Ephesians, the Church is now being built together. The Temple of God is under construction and we, His people are the building blocks.