The Body of Christ: The Salt of the Earth 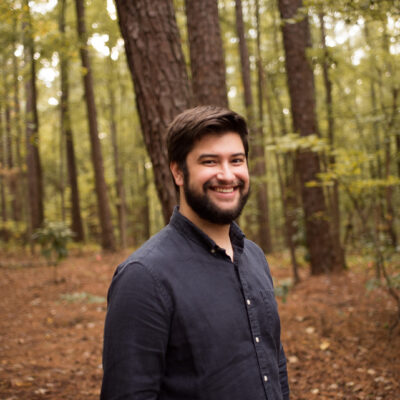 I love to cook. In our household, I cook almost every single night (at least, if we’re eating in). Just after college, I had a job as a kitchen manager for a café where I prepped ingredients all day long, including an absurd amount of soup. To be honest, besides this job, it was probably my favorite job that I’ve ever had.

One thing that you’ll notice when you do a lot of cooking, whether you are a novice or a pro, is that almost every recipe calls for salt. And sometimes, tacked on at the end as if they had forgotten to disperse it throughout the rest of the recipe, you’ll see the phrase “salt to taste.” Salt is the most plentiful and inexpensive seasoning that we have. Almost every savory recipe and even some sweet (if you don’t salt your homemade cookies, give it a try—trust me) call for salt. But salt, unless you use too much of it, isn’t necessarily used for its own flavor—it’s there to enhance the flavor of other ingredients. Perhaps this is common knowledge, but it seems important in the context of Jesus’s call to his people to be “the salt of the Earth.” It’s not that everything revolves around us, or that we should overpower all the other “flavors” so to speak, but that we can bring the good things that exist in God’s creation to the forefront. We help creation be what it is meant to be.

In the ancient world, salt had more uses than being a seasoning or flavor enhancer. It was used primarily as a preservative; it drew out the water in meat so that bacteria couldn’t grow. It staved off the potential of meat to spoil, and in a world where there was no such thing as factory farming, throwing away a piece of meat that you forgot you had thawed in the fridge would be unthinkable. Salt played an incredibly important function in this way, allowing the protein rich food necessary for a healthy life in the ancient world to exist well beyond its normal shelf-life.

The church functions similarly. The church should be a protective barrier for the whole world. Now, understand that what I am saying is not that the church is staving off bacterial growth from all the evil people in the world. Instead, the church should reveal to others how it is that humanity is meant to exist; we are bringing the salt to others. We are not forming a protective salt barrier around the church, but gifting that salt to those both inside and outside the church.

The church’s function is both the enhance and to protect. To reveal the good in God’s creation and to protect against the evil things in our world (greed, lust, violence, and more) that would infect it. And we have to keep that saltiness as the body of Christ.